Getting the Genetic Test Results Back

Today, I received a call from Little Dude's genetic counselor with the results of the test.  I held my breath, knowing that no matter what the result was, I would be crying as soon as I hung up the phone.  Crying from relief that we had an answer and sorrow that my son had a genetic syndrome. Or crying from relief that he didn't have a connective tissue disorder and disappointment because we still wouldn't have an answer.  Either way, I knew it would be bittersweet.

The results were negative.

The geneticist didn't recommend any other testing at this time, but wanted to continue to follow Little Dude clinically.  And that was it.   I hung up the phone and cried alone out in the garage where the kids couldn't follow me.

We've spent most of Little Dude's life waiting for the results of different genetic tests he's had done, all with negative results.  This time though, we thought we might finally have an answer, a name to put to whatever it is that has wreaked havoc in my precious baby boy's body.  We thought that the uncertainty of his future would be replaced by certainty or at least become a little more clear.

I used Facebook to write a targeted update to the family and close friends who have been waiting for results right along with us.  For them, negative tests results are a reason to rejoice, and understandably so.  But for me, it means something different.  It means that that heavy suitcase of wondering, waiting and wishing for an answer, the suitcase that I was hoping to finally set down, is still mine to carry.  And now, I have to carry it farther than I thought I would.

Right now, Little Dude is doing amazingly well.  Developmentally, he's at about a 10-11 month level and is making progress.  He's 100% orally fed and only uses his G Tube for his meds in the morning and evening.  Due to slow weight gain and some weight loss, we've added a can of Pediasure to his diet each day and that has been helping.  He's been fairly healthy with only several minor colds and a couple of ear infections over the last few months.  He's outgrowing his tracheomalacia, his heart is healthy and he will probably outgrow his murmur on his own, and his GERD seems to be under control.  He hasn't needed a nebtreatment in a while and hasn't had pneumonia for about 6 months now.  He's a happy little boy who brings me so much joy that I just can't stop myself from scooping him up and squeezing him somtimes.

So where do we go from here?  Well, we keep treating symptoms and hopefully, we'll see Little Dude continue to improve.  And maybe someday in the future, we'll have an answer, but that day is not today.

I'm going to leave you with a picture I took of Little Dude last night because...well, it's cute :) 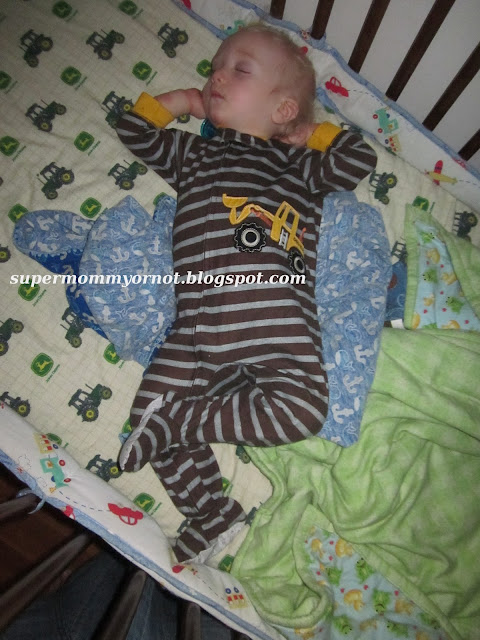 Posted by Sunshine and Spoons at 1:33 PM 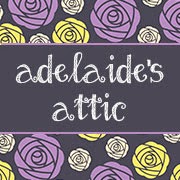